This is somewhat an ad-hoc post, during a quick pit-stop at a Tims in Gatineau to say hi to some friends before driving back to Toronto.  I made a last minute decision to drive from Toronto to Ottawa very early this morning to attend this year’s Remembrance Day ceremonies (le jour du souvenir in French).   Judging from the traffic at 4am and 5am, I certainly wasn’t alone in making this trip for this reason.

Considering the special nature of this year’s ceremony, it came as no surprise at all that security was extra strong.

But what did come as a complete surprise was the amount of French – exactly 50/50, in this year’s ceremony.  Even the Francophone radio stations were positively commenting on it right after the ceremony – saying they noticed a huge difference from past years.

It’s common that when invited speakers do not have the best level of French, that they generally don’t bother to give part of their speech in French.  This year, however, ever single speaker made an effort to give it their best shot in French — even those who travelled to Ottawa from very Anglophone areas of Canada.   Naturally, there were a lot of Francophones in the crowd, and you could see the smiles on their faces when Anglophones were making their best effort to deliver 50% of their speeches in French.   Sometimes all that matters is the gesture – not the content.   As an Anglophone, I was pretty proud to see this, and very proud to see that the gestures struck positive chords.

This year’s ceremony was all about community; looking after one another, and watching out for one another.   This gesture played into the theme perfectly.

But the biggest surprise was Princess Anne.   She gave a speech and conveyed words of support from the Queen, who was unable to make it.  But her speech was 50/50 in French, and her French was excellent (I knew the Queen’s French was perfect, that Prince William’s isn’t bad, and that the Royal Family in general speaks French — but I had no idea that Princess Anne was so fluent).    You should have seen the looks on the faces of the crowd, Francophones and Anglophones alike.   The applause after her speech spoke volumes.   Was amazing!

The reaction reminded me somewhat of the eye-opening olive-branch speech in French the Queen made to the Québec National Assembly in 1964.  The link for that surprising speech, in which the Queen’s French (and message) shocked everyone, can be viewed here:  http://www.youtube.com/watch?v=t4o5ICxpvys .

Here are a few pics. 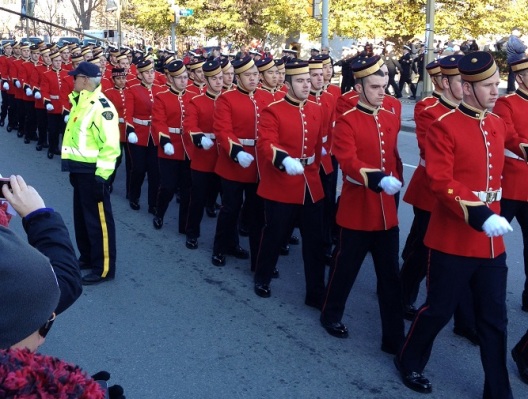 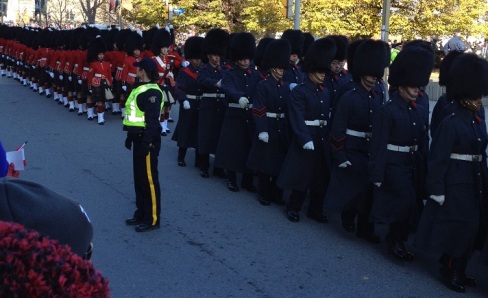