Home » Uncategorized » One of my favorite posts: Zachary Richard (#315)

One of my favorite posts: Zachary Richard (#315)

(U.S.A. readers of this blog:  You may be very interested in this post, because Zachary Richard is one of your own).

I have wanted to write a blog post on Zachary Richard from day one… but I could never quite find the right context to do so – until now. Over the past few hundred posts, you’ve seen me write about

I chose the subjects I write about because I like these topics (and, yes sometimes I even write about subjects which are even uncomfortable for me — just to push the envelope a little, because the issues are important).

But only a couple of times times have I written a blog post which had me truly excited. This post is one such post — I’m wearing a big grin right now as I write it  🙂 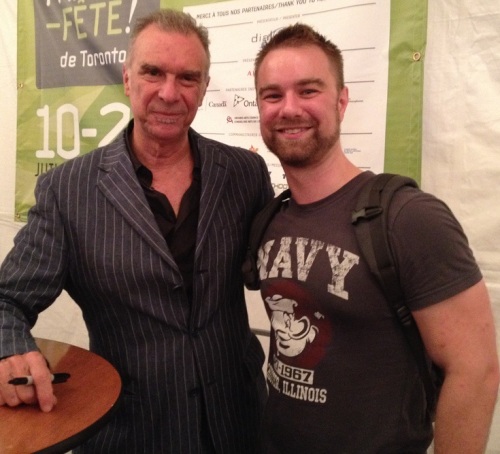 Zachary Richard is one of the few singers I have consistently listened to and followed ever since I was a child. I have no idea how old I was when I could first sing his songs word-for-word, but I was young… perhaps under 10 (so that should tell you how long I have been listening to him.   I think I even have one of his “cassette tapes” in a box somewhere in storage – Yikes 😉 Because I grew up in rural Alberta, like many of my classmates and friends, I grew up listening to country music (although my tastes in music are much wider now — to the point I would say I listen more pop than other genres).

In terms of Franco-Albertains or Québécois, anybody who is anybody knows Zachary Richard’s music. In fact, Francophones anywhere in Canada/Québec, including many Francophones in Europe and Africa, also know who Zachary Richard is. In Canada, you would have to have been living under a rock to not know who he is. But if you are unilingual Anglophone, because of the cultural-reference gulf which constitutes the Two Solitudes, you perhaps do not know who he is.

And if there are any people who would disagree with me, they likely would agree that he would be #2, or at the extreme, the #3 French country music singer in the world. He was the main act yesterday at the Franco-Fête festival in Toronto (which is Toronto’s own two-week version of Montréal’s Les Francopholies).  I wrote an earlier post on Franco-Fête: La Franco-Fête de Toronto – la version torontoise des Francopholies (#309)

For me, meeting Zachary Richard yesterday perhaps would be like an Anglophone Country music fan meeting Taylor Swift, Garth Brooks, George Straight or Tim McGraw – Serious!!  (Hence the HUGE grin I am wearing as I type this post).

A photo I took of Zachary Richard’s outdoor concert in downtown Toronto last night (Dundas Square) in front of a crowd of thousands of fans.

Dundas square is Canada’s equivalent of Times Square in the U.S.A.   (click to enlarge)

The crowd was mostly made up of Franco-Ontariens and Francophile Anglophones who wanted to see Zachary Richard.  But I also chatted with a number of strangers, among whom were numerous Acadians, Québécois, a Franco-Manitobain, a Fransaskois, and yes… a Franco-Albertain! (all who were just as excited as me to be there !)

This was one of the side stages before the concert, where I had a chance to chat with other people from everywhere around the country.

Zachary Richard is CAJUN-AMERICAN, from Southern Louisiana:  the pride of Louisiana Cajuns!  (And boy, do they have a lot to be proud of!!)

His lyrics and music style strike a chord and are instantly recognizable.  It all is from the same roots as our traditional French music North of the Border. What is more fascinating about his music is that he writes and sings MODERN Cajun music.  This means that there is a large degree of overlap (if not a near 100% overlap) with modern Acadian music, modern Franco-Ontarian country music, modern French Prairie country music, and modern Québec country music.

Any time traditional North American celtic+folk French music undergoes modernization, it automatically melds under the same big umbrella as modern French country. If you were to hear his music, but did not know the songs were written by Zachary Richard, you could easily think they were written by Crystal Plamondon from Alberta, Renée Martel from Québec, or Cayouche from Acadia.

I’ll keep this puppy in a safe place

Zachary Richard actually lived in Montréal for about 10 years (from 1976 to 1986), during which time he must have been influenced by our style of music.  But I am sure that his style of music has also influenced our style of French music in no small way over the years (hence why his music fits us like a glove). During the time he lived in Montréal, two of his albums went gold in Canada.   But since then (brace yourself…)…

(… and these are only just a few of his awards). The last several years, Zachary Richard has made a name for himself as being an engaged environmentalist (especially in light of the BP offshore oil disaster a few years ago in the Gulf of Mexico).  Even last night’s concert in Toronto was filled by a few pauses to speak about environmental matters. But he is best known for his defense and support for the French language in North America.

He has North America’s combined culture at heart, and he ardently believes that French is an integral part of that culture – to be shared and embraced by everyone on the continent, by Francophones and Anglophones alike (Bang on!  Where have you heard that one before?) 🙂

With 21 albums under his belt from 1976 to present (an album released every couple of years or so), he is a living legend.  You can’t imagine how excited I was when I found out he was coming to Toronto — and judging from the crowd of thousands who came to see him last night in the streets of Toronto… I was far from being the only one!!.

It was funny, because after the concert, the subway was packed with francophones going home from the concert.  If you didn’t know it, from listening to everyone on the subway, you would have thought you were in Montréal or Paris! – not Toronto.

When I met him yesterday, I told him that I grew up in Alberta, not far from the town where Crystal Plamondon lived (Alberta’s most famous French country music singer).  I mentioned I met her a few times when I was younger.    I was very surprised when he said he also met her personally (there you are… two degrees of separation – still within the mythical “six”).

He said he thought it was great that he was meeting a Franco-Albertain at his concert in Toronto of all places, to which I responded that it was great that there was an Albertan in a Toronto crowd who got to meet him.  That made him laugh.

Here are some clips I filmed from last night’s concert (I went with friends and practically camped out to get a front-row spot).

I make a (terrible) appearance in this video at 45 seconds (head hanging in shame).  I apologize in advance for the horrible singing (but hey, I was excited — and EVERYONE was singing too — so it’s not my fault).  I recommend you tape up all the glass in the house and plug your ears in advance.  Hahaha!!)

(I sent these videos to some friends in other provinces to say I actually went to his concert — made a few people jealous!).

Here is another one in which I made an unfortunate “appearance”

This clip proves that being the first to the front is the best of the best spots.

A whole lot of of people !!!  (Remember the post “A very interesting French-language experience in Anglophone regions of Canada”?   I told ya Toronto has a CRAP LOAD of Francophones and Francophiles !!).

Some samples of his better known songs:

Jean Batailleur (this song is legendary)

Lac Bijou (Zachary Richard singing it with one of France’s biggest names in music, Francis Cabrel).

Here are a couple of other interesting videos:

Owing to his superstar status in the French-speaking world, Zachary Richard rubs shoulders with the biggest of the big names… and in this case, in front of tens and tens of thousands of people.

I hope you enjoyed reading this post on Zachary Richard as much as I enjoyed writing it.

As a side note… I’ve now been in Toronto for 20 months.  Moving to Toronto was an interesting transition in the sense that Toronto’s culture is very different than in other cities.  Canada had changed a LOT in the years I had been living abroad, and Toronto’s size made it difficult to get a social foot in the door if you did not live right downtown where you do not need to commute (even my subway ride to downtown is 40 minutes!).   But the more I get out and find my niche, the more I’m enjoying Toronto.

It can be quite a bit of fun when you take advantage of what it has to offer (and it certainly has something for everyone – including those who are looking for a mix of French & English).  You might have to go out of your way to find it in the beginning, but once you meet people and know the in’s and out’s – it certainly is there. 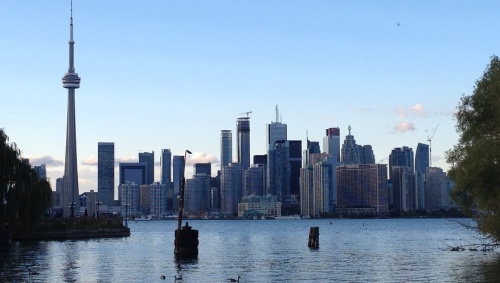