An interesting map of population and community distribution based on linguistic lines (mother tongue) in the Maritime provinces.

It’s a bit older now, but the overall Maritimes population distribution has not changed very much since 2001, so it could still be considered reliably accurate.

I marked the credits on the map and added it to the post on Acadian accents as reference. 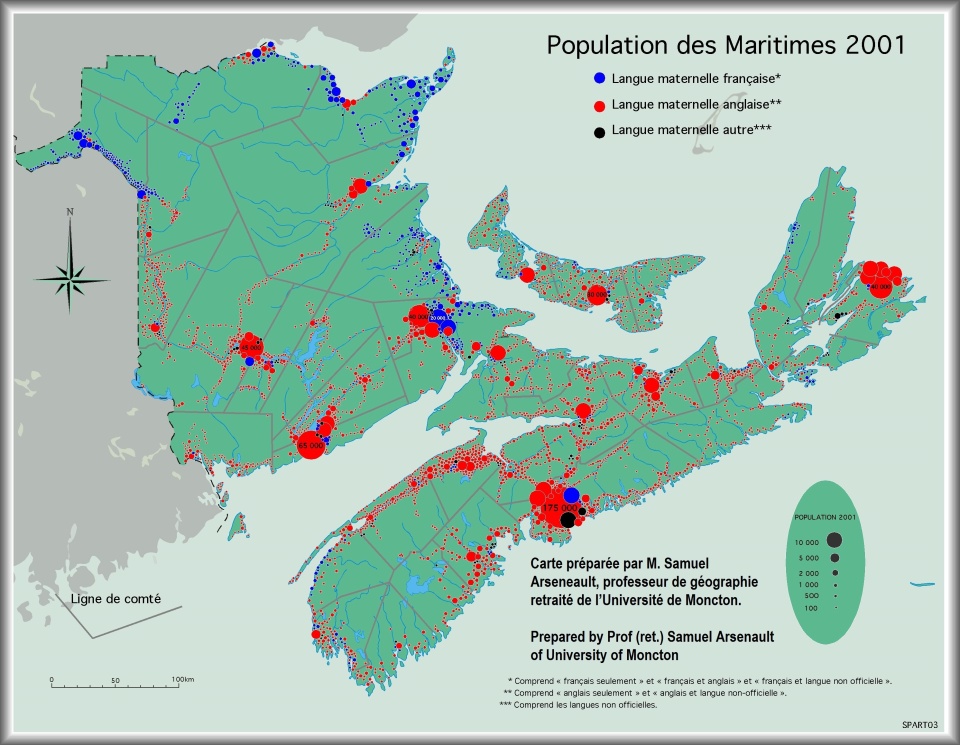