A word of warning:  Brace yourself… because boy, do I have some opinions!

In and of itself, this blog is not political.  But that does not mean that I shy away from certain topics of a political nature from time-to-time.  You’ll notice below that the odd time I “let’r rip!” 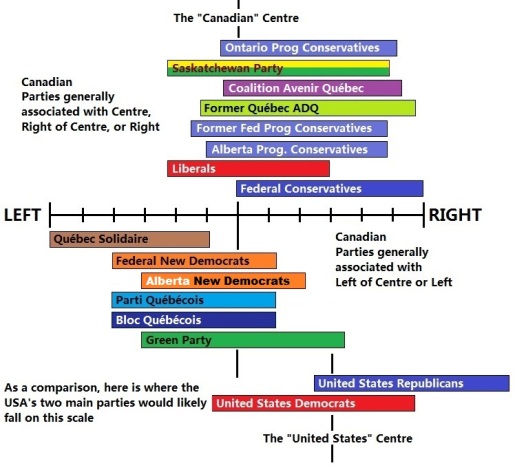 Note in the above chart that:

1.  The Alberta New Democrats are further to the right than the Federal New Democrats (The issues are different at a provincial level, which requires different positions.  Western Canadian political commentators regularly point out that Alberta NDP positions are very similar to British Columbia Liberal positions).

One week after the Federal election: The aftermath in Québec’s context (#380)

The push from Montréal to found the West (#347)

Poll: How certain celebrities may vote (#332)

Louis-Jean Cormier – one of a few political rarites (#317)

Julie Snyder’s statement today stating she can no longer run her production company (#298) — Including a MAJOR addendum at the end.

Is there a “personality difference” between Francophones and Anglophones? (#291)

200th Anniversary of the Battle of Waterloo:  How it shaped Québec and Canada (#289)

SERIES:  EVENTS IN MODERN HISTORY WHICH HAVE CONDITIONED US ALL (13 POSTS)

A series regarding how the omission of facts and the conveyance of an incomplete picture can affect Québec society’s view of it’s place in Canada.

Texto Lingo, and the debate about dedicated cycling lanes (#274)

SERIES:  FRANCOPHONE ONTARIO & ONTAROIS — These are the more political/societal posts in a several-post series which talk about sensitive issues regarding Ontario’s Francophone population:

“Les Ontarois”: More than double Acadia’s population, yet they rarely get outside attention (#219)

An Interesting, “Pro-French” Advertisement on Prime-Time TV in Saskatchewan (#206)

An embarrassing example of the “Two Solitudes” (#197)

Some thoughts on common values (#100) 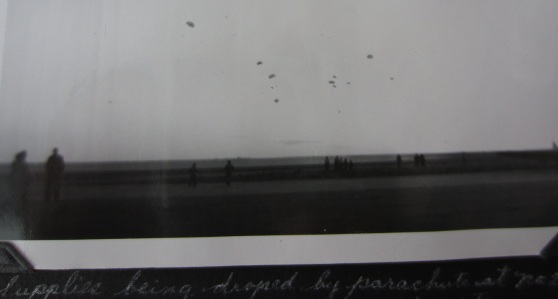 One of my most cherished photos, taken by my great grandfather on the Prairies in Southern Saskatchewan in the 1930s:  The government arriving in the West, parachuting supplies to the population during the Great Depression, in Pasqua, between the towns of Moose Jaw, Rouleau and Belle-Plaine, Saskatchewan.  The supplies were specifically sent by the people of Québec so that the people of Saskatchewan did not die of starvation (one of the many reasons why the West has no problem with the notion of providing equalization).  The West has never forgot it, and is still thankful towards Québec.  But unfortunately the Party Québécois seems to have erased it from Québec’s history textbooks in the 1970s.